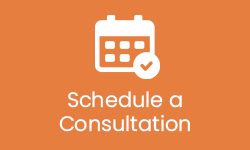 When the sales of Pilot Pens at Target stores fell short of expectations, the retailer challenged Pilot to help redesign their shelf layout and point-of-purchase display to improve sales of both Pilot brand pens, and overall pen sales at their stores.

Pilot asked 360 Market Reach to evaluate their existing shelf layout, and measure customer spend across various potential shelf configurations. Our goal was to find an appealing and easy-to-shop layout that maximized customer spend by increasing the number of units sold, or by driving sales of higher-priced items. We also looked at the effects of signage on sales, and how it affected the shopper experience.

We conducted an online, multi-cell virtual shelf set exercise that evaluated shelf configuration options both with and without signage. Our participants were customers who had recently made writing instrument purchases at Target. By conducting the study online, we were able to quickly and efficiently test several different shelf layouts, allowing us to optimize the configurations and identify the most effective option.

We identified a shelf layout that increased sales of premium-priced pens, thereby increasing overall spend, which satisfied Target. And because many Pilot products fall into that category, their sales rose as well, making the new layout a win-win for both Target and Pilot. Interestingly, our research showed that signage was actually a detriment to sales, so it was omitted from the final layout, which helped reduce costs while still driving sales.

After the winning option was introduced in Target stores, the results were so well received that Pilot asked 360 Market Reach to dig deeper and help them better define the shopper journey through a qualitative exploration of pen shopper behavior prior to purchase. We conducted an in-depth video ethnography study, allowing Pilot to map the overall consumer process for shopping for a writing instrument, from initial in-home consideration to in-store experiences.

Using our research, Pilot and Target were able to pen a new chapter in their ongoing successful relationship.

Back to Case Studies

In developing formulations for its 1850 Coffee, Folgers partnered with 360 Market Reach to help identify the right roasts and blends to entice even the most discerning coffee drinker.
READ MORE

To help Blue Buffalo gauge the potential of their new dog food rolls, we turned to our exclusive online K-9 Social Chat community. The results: tails wagging!
READ MORE
We use cookies on our website to give you the most relevant experience by remembering your preferences and repeat visits. By clicking “Accept”, you consent to the use of ALL the cookies.
Cookie settingsACCEPT
Privacy & Cookies Policy

Any cookies that may not be particularly necessary for the website to function and is used specifically to collect user personal data via analytics, ads, other embedded contents are termed as non-necessary cookies. It is mandatory to procure user consent prior to running these cookies on your website.

SAVE & ACCEPT
Scroll to Top